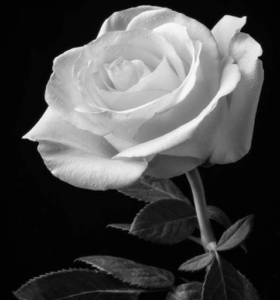 The 2022-2023 contest theme is JEWISH RESISTANCE IN THE GHETTOS.

The enormity of the Holocaust was such that no victim response to it would have stopped the Germans from implementing genocide. Jews under Nazi control faced various and overwhelming obstacles to effective resistance. Despite this, Jews repeatedly sought to oppose Nazi policy in various ways. While armed uprisings or partisan activities are often held up as examples of successful Jewish resistance, not all resistance was armed. Often the only course of action available was an act of unarmed resistance.

Successful acts of resistance took many forms, ranging from personal acts to preserve dignity; social acts to preserve the community such as organizing clandestine schools, soup kitchens and underground record keeping; political acts such as the sabotage of the German war industry; and eventually, armed uprisings. Nowhere was resistance more robust than in the ghettos where Jews last lived as families and communities
and resistance activities occurred amidst extreme conditions and against enormous odds.

Using at least 3 of the documents provided below, plus a minimum of 2 outside resources, prepare an essay or documentary that addresses all parts of the following question:

Essential Question: Although armed resistance is often memorialized in art, literature and film, what other forms of resistance can people take when their beliefs, culture and lives are threatened?

You must base your research on at least three of the following documents. All documents referenced from this list are considered electronic sources and the Works Cited page should clearly denote that they were referenced from the HHREC site. That citation can take any format chosen by the teacher.

"Oneg Shabbat, "The Jewish Underground Archives in the Warsaw Ghetto

"Our Town Is Burning" - Resistance Song

The Girl Couriers of the Underground Movement

The Discussion on Fighting Aims by the Activists of the Bialystok Members of the Dror Movement, February 27, 1943

Armed Resistance in the Ghettos: The Dilemma of Revolt

Call to Resistance by the Jewish Fighting Organization in the Warsaw Ghetto, January 1943

Resources for the Reflection

Rapoport's Memorial to the Warsaw Ghetto Uprising – a Personal Interpretation

The Garden of Remembrance

And There Was Courage by Moshe Avital- Available through HHREC

Art and the Holocaust

Writers and Poets in the Ghettos

Spiritual Resistance in the Ghettos

Your Works Cited must meet the following requirements:

All entries become property of the Holocaust & Human Rights Education Center (HHREC) and will not be returned. Applicants give the HHREC permission to reprint entries. Decisions of the judges are final.

HHREC encourages teachers to utilize this contest as a classroom exercise.

The contest is sponsored by the Holocaust & Human Rights Education Center and an anonymous donor. 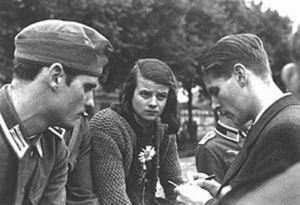 The contest is named in memory of the White Rose, a resistance movement consisting of German university students. Among them were Hans and Sophie Scholl, along with several friends and their professor, were arrested and executed for distributing leaflets denouncing the policies of the Nazi regime. The project commemorates the efforts of these brave young people who gave their lives for what they believed in. May their memories inspire us to reflect upon our own responsibilities as citizens in a democratic nation.

Participating students who chose to compete in the contest submitted essays or original documentaries based on research of primary source and secondary source materials. Student and teacher entries included: 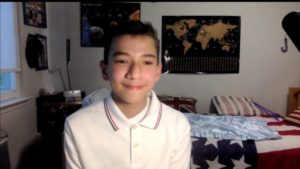 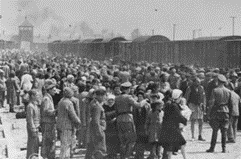 Jews from Subcarpathian Rus (then part of Hungary) undergo a selection on the ramp at Auschwitz-Birkenau. May 1, 1944. —Yad Vashem (Public Domain)

The 2021-2022 contest theme was Auschwitz and the Hungarian Deportations.

Seventy-seven years ago, in the spring of 1944, the Germans occupied Hungary. Between May 14 and July 9, approximately 440,000 Hungarian Jews—the last remaining intact Jewish community in Europe—were deported to Auschwitz-Birkenau, where most were subsequently murdered. This swift, concentrated destruction was aided by local collaborators, the Hungarian government, and law-enforcement agencies. It occurred when the Vatican, the International Red Cross, the Allies, and the neutral powers already knew details of the Holocaust, especially the Hungarian situation.