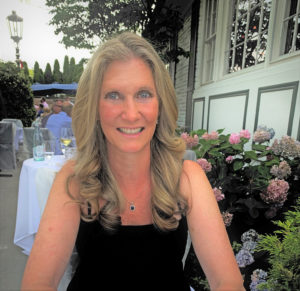 Tamar Ben-Simon is the daughter of Joseph Obstfeld, a Dutch Holocaust survivor.

Tamar tells the riveting story of her grandparents and father who was barely five years old at the time of the Nazi invasion into the Netherlands in 1940.

It is a story of love vs. hate, evil vs. kindness, despair vs. hope and above all, about the few extraordinary, courageous people who stood up for their beliefs and morals and made a difference. They saved lives!

In 1942, the Nazis stormed into my grandparents’ apartment in Amsterdam, which changed their lives forever. In 1944, my father's mother, Tolla Erde, was intended to be sent to Auschwitz, but due to a transportation error, she arrived and was imprisoned in Theresienstadt. My father's father, Dolek Obstfeld, was deemed a “Free Jew” by the Nazi regime due to being forced to work for them as a furrier, while he secretly joined the underground resistance. During those three horrid years, my very young father was shuffled between hiding places until he was taken into a new hiding place by a loving, righteous couple - Dr. & Mrs. Van Haeringen. For the next three years, my father hid in the Van Haringen’s grand house, where constant danger lurked since Dr. Van Haeringen's house was the only medical office in their village.

Shortly after the war ended, my grandparents and father were reunited.

Since Tamar was a young adult, she has been sharing her father’s Holocaust story. She has been educating others about the treasured  family heirlooms that serve as a testament of the Holocaust atrocities and defy all those that deny it.

Tamar grew up in Israel and returned to New York in 1986 with her husband, Bobby. Today they live in Greenwich, Connecticut.

Tamar worked as a Hebrew teacher in Solomon Schechter and several synagogues for many years. Since retiring from teaching, she has been assisting in her family’s luxury home building company, KOSL Building Group.

They have four children, who fortunately have a close relationship with their grandparents and often share their grandfather’s story too.