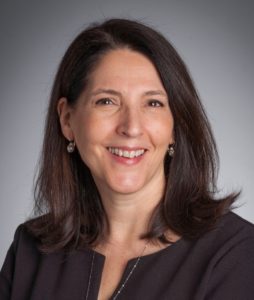 Phyllis Shaw is a 2nd generation survivor. Both her mother and father were survivors. She tells the story of her mother, Regina, who as a teenager was deported to first a crowded ghetto near her home town in Romania and then transported to the Auschwitz concentration camp. From there, she miraculously found two of her 9 sisters. The three did everything in their power to survive. From Auschwitz, to another working camp, to Bergen Belsen, to a displaced persons home in Sweden, and finally to America, Phyllis charts her mother’s journey. It is one of resilience and gratitude despite everything that she went through.

Phyllis resides in Ridgefield, CT with her husband. She graduated from Rutgers University with a degree in Computer Science and enjoyed a successful career as a Customer Service and Information Systems Executive. She has now decided to move away from corporate life and pursue her passions. Carrying on her mother’s legacy is one of those.