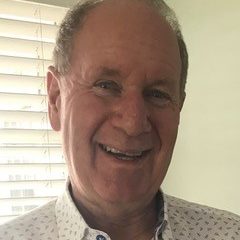 The fear of many Holocaust survivors is that when they are gone, their stories will be gone.  Children of survivors, are living testimony to the hopes, dreams, and ideals that their parents and grandparents embodied.

When Paul Goldstein was asked to speak to his synagogue a few years ago on the Holocaust Day of Remembrance about his parents’ experiences in Nazi-occupied Poland he was so moved by the impact his story had on the members of the congregation, and on him personally, that he now continues to speak to schools and other organizations as a personal tribute to those who survived the Holocaust and those who died.

Paul’s story is uniquely important beyond describing in chilling detail how his parents cheated death in the Warsaw Ghetto, concentration camps, and POW camps, and how they resisted the Nazis in the Warsaw Ghetto Uprising and fought with the Partisans. Paul also reveals how his parents’ lessons of life, death, and survival—a tale of tragedy and resilience—impacted his own childhood and approach to life.

Before he began his speaking journey, Paul spent his career in the advertising world creating campaigns for DirecTV, Jose Cuervo and Dunkin’ Donuts. He has also taught Marketing and Advertising at the college level.

In the past few years, Paul has presented his story to thousands of students, teachers, and administrators from middle school through college, as well as adult groups, customizing the presentation to fit the specific needs of the organization