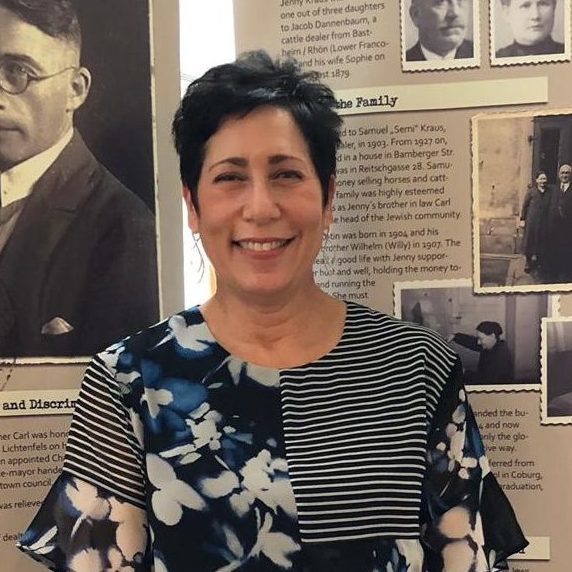 Lisa Salko tells the story of 13 Drivers’ Licenses. In November of 2018, Lisa, her sisters and cousins traveled to Lichtenfels, Bavaria, Germany to reclaim their grandfather’s and two great uncles’ drivers’ licenses which had been confiscated by the Nazis 80 years earlier, shortly after Kristallnacht and rediscovered while the town was digitizing records in 2017. What started as a trip about reclaiming a part of their family turned into something so much bigger. 13 Jewish Drivers’ Licenses is about a small Bavarian town coming to terms with its darkest past. It’s a story about discovery, exploration, reflection and reconciliation. It’s a story about human connection and “doing the right thing”. It’s a story about HOPE.

The Thirteen Drivers’ Licenses project was recently honored at a ceremony in Munich, Germany, when educator Manfred Brösamle-Lambrecht and former students of the Meranier-Gymnasium Lichtenfels received the annual Wilhelm Freiherr von Pechmann Prize which acknowledges outstanding achievements in historical and scientific research, in educational work and journalism.  They were honored for the exhibition for which the students “reconstructed the fates of 13 people whose driving licenses were revoked in the Lichtenfels district office in 1938 because they were Jews.