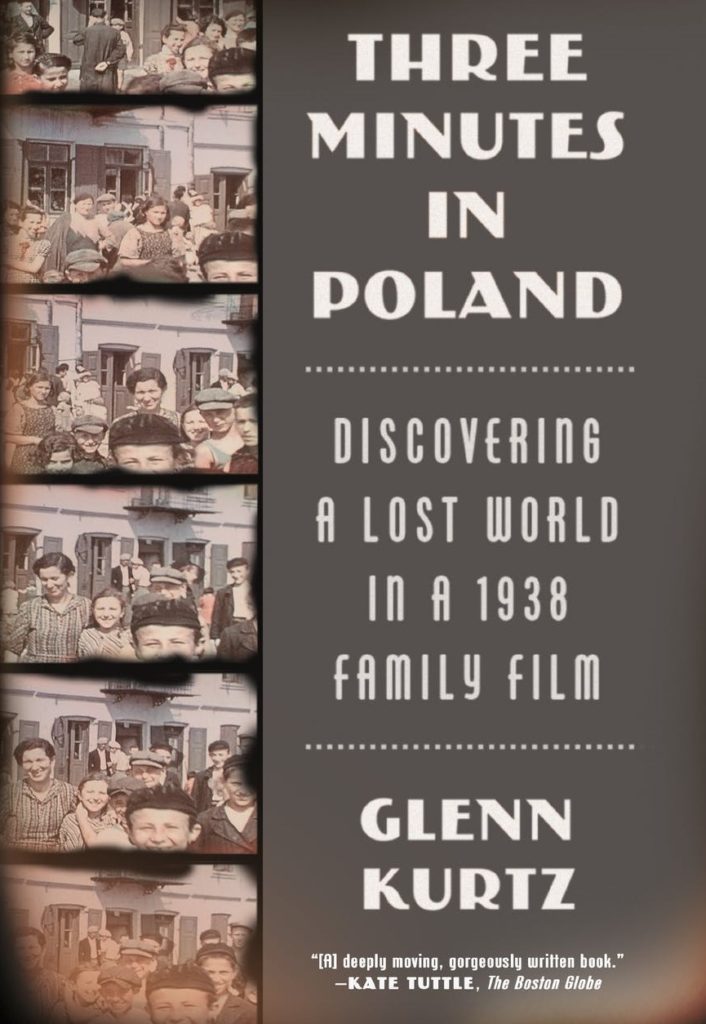 HHREC is very pleased to announce we will host a Book Talk with Glenn Kurtz, author of Three Minutes in Poland: Discovering a Lost World in a 1938 Family Film. This book was named a best book of 2014 by NPR, The New Yorker, and The Boston Globe, and it has become a documentary. The story continues to resonate with many Holocaust Survivors and their families, and all of us.

Glenn Kurtz is the author of Three Minutes in Poland: Discovering a Lost World in a 1938 Family Film (Farrar, Straus & Giroux, 2014), which was named a “Best Book of 2014” by The New Yorker, The Boston Globe, and National Public Radio. The Los Angeles Times called the book “breathtaking,” and it has received high critical praise in The Wall Street Journal, The Washington Post, The San Francisco Chronicle, The Chicago Tribune, and many other publications. A Dutch translation appeared in 2015. A documentary film based on the book, Three Minutes—A Lengthening, directed by Bianca Stigter and co-produced by Academy Award-winner Steve McQueen, premiered at the Venice Film Festival in September 2021 and has recently screened at the Telluride, Toronto, DOC NYC, and Sundance Film Festivals.

Glenn’s first book, Practicing: A Musician’s Return to Music (Alfred A. Knopf, 2007), also received enthusiastic reviews from The New York Times, The Los Angeles Times, The Wall Street Journal, and elsewhere. Practicing was featured on NPR’s “Weekend Edition” with Scott Simon, “To the Best of our Knowledge,” and many other public radio programs. An Italian edition appeared in 2010, and Chinese, Japanese, and Korean editions have been published recently.

Glenn is a 2019-2022 Presidential Fellow at Chapman University, Orange, CA, and the recipient of a 2016-2017 John Simon Guggenheim Foundation Fellowship. A graduate of Tufts University and the New England Conservatory of Music, he holds a PhD from Stanford University in German studies and comparative literature. He has taught at Stanford University, San Francisco State University, and is currently on the faculty at The Gallatin School of Individualized Study at New York University. He lives in New York City and has just completed both a novel and a book of nonfiction about the Empire State Building. For more information visit www.glennkurtz.com