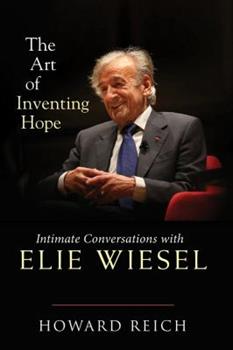 THE ART OF INVENTING HOPE

During the last four years of his life, Nobel Peace Prize laureate Elie Wiesel met with Howard in Chicago, New York and Florida to discuss the subject that linked them: Both Professor Wiesel and Robert Reich, Howard’s father, were liberated from the Buchenwald death camp on April 11, 1945. The friendship that developed between Professor Wiesel and Howard became a partnership, the two chronicling crucial conversations between a Holocaust survivor and a son of survivors: two generations contemplating a cataclysmic event and its consequences.