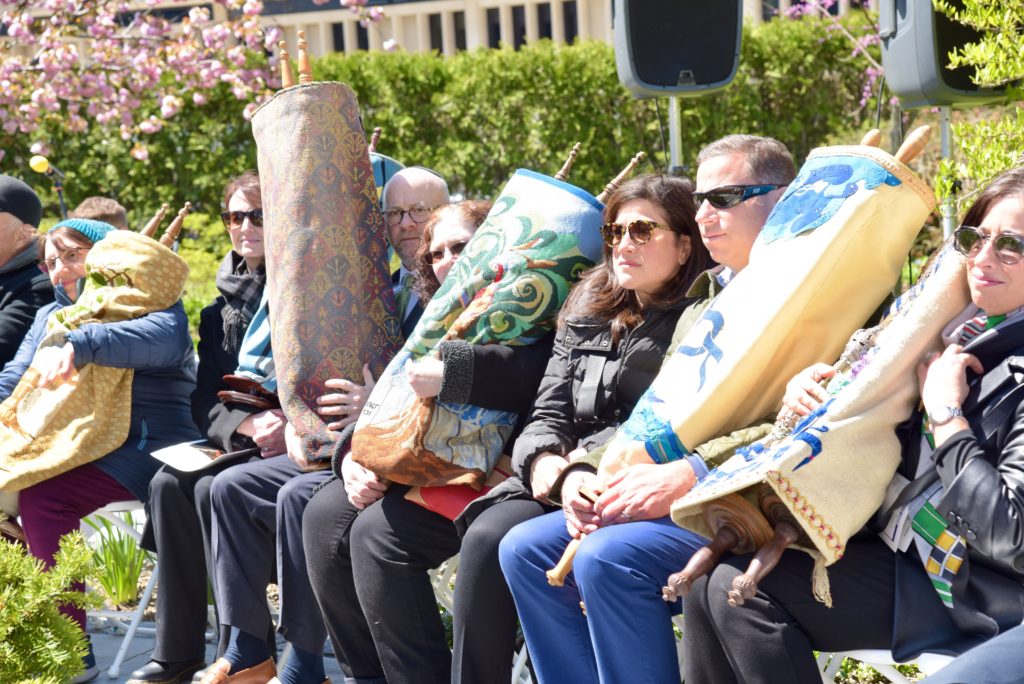 HHREC Chairman Michael Gyory greeted attendees and spoke about the importance of the Westchester community in coming together to commemorate Yom Hashoah, a “Day of Remembrance” amid global developments. An invocation was delivered by Bishop Mary Glasspool, Episcopal Diocese of New York, and the program included remarks by Westchester County Executive George Latimer, who spoke about the need to avoid blaming a single person for the Holocaust or the war in Ukraine, and the importance of being an “upstander” to safeguard against dictators, today and in the future.

A keynote speech was delivered by Rabbinic Pastor Dr. Aliza Erber, a daughter of a Holocaust Survivor and member of the HHREC Speakers Bureau, who shared a story of how her mother had to give her away as a young child to live in an underground bunker and how she survived to ultimately reunite with her after the end of WWII.