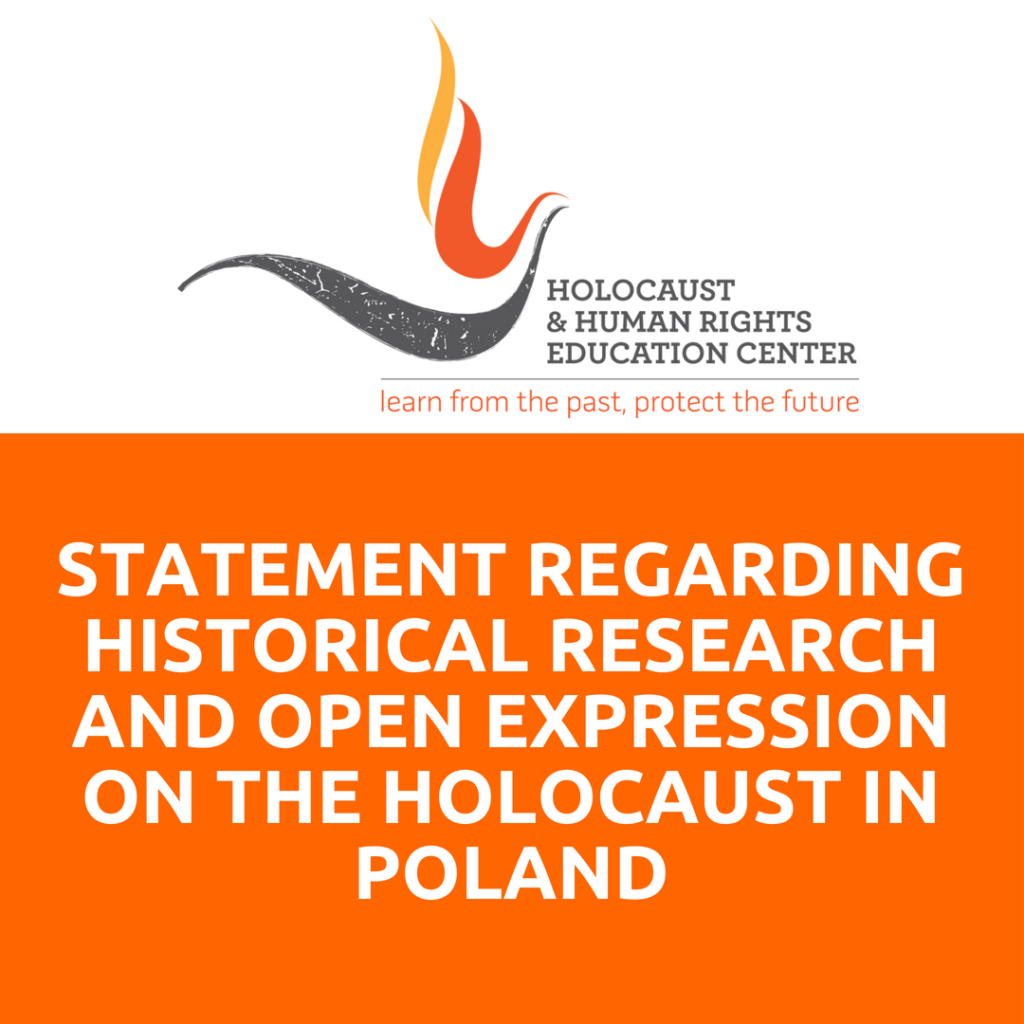 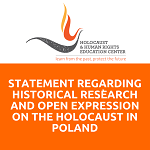 As a member of the Association of Holocaust Organizations, the Holocaust & Human Rights Education Center supports the recently issued statement.

The Board of Directors of the Association of Holocaust Organizations today called upon the government of Poland to revoke its controversial law regarding Holocaust research and stated that amending the law to remove criminal prosecution while leaving open the possibility of civil procedures is not sufficient.

The law continues to place the burden of proof on Holocaust survivors, scholars and educators. This is not an acceptable solution and any attempt to inhibit historical research or threaten open expression on the Holocaust in Poland must be rejected. Therefore the Board shares the concerns raised by institutions such as Yad Vashem, the Simon Wiesenthal Center and the United States Holocaust Memorial Museum, as well as experts such as Prof. Yehuda Bauer who have all pointed out that historical facts cannot be legislated. The AHO Board also urges Poland’s government to take immediate steps to counter the antisemitism that has erupted in the wake of the controversy surrounding the law.

The Association of Holocaust Organizations is an international network of over 370 organizations and individuals working for the advancement of Holocaust education, remembrance and research.